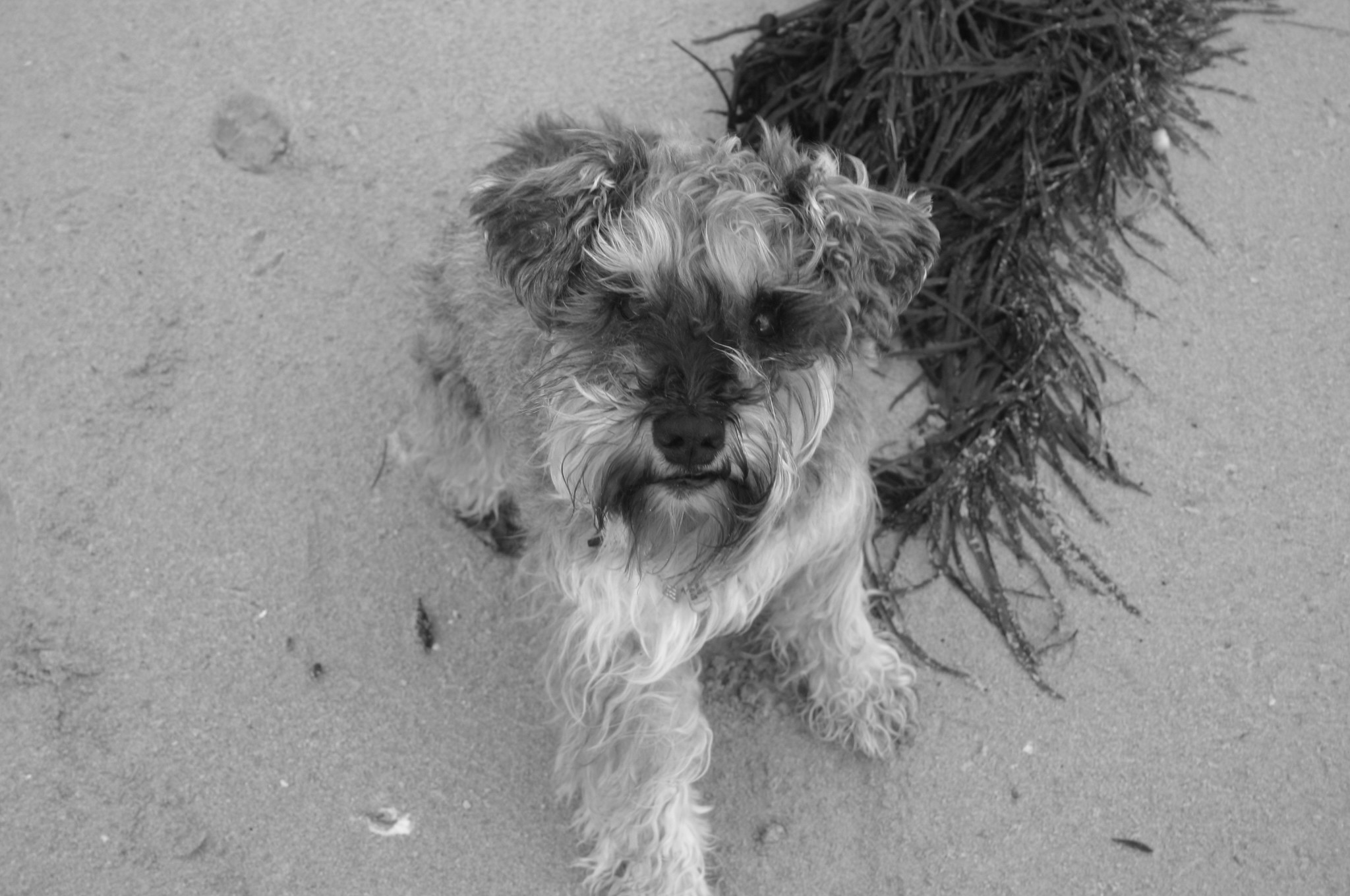 Besides my beautiful boy Max who I’ve written about in previous posts,  another great inspiration and teacher in my life was my now dearly departed Miniature Schnauzer Oscar.

Oscar was about two months old when he joined our family. Such a funny and quirky little grey teddy bear-like pup. He adored his big brother Max. He grew into quite an active, sweet dog but my then ignorance of how to best train, feed and exercise him led to quite boisterous behaviour, particularly at walk time! He had an absolute joie de vivre, particularly at his favourite place – the park.

When Oscar was about 10 years old, my partner and I awoke in the middle of the night to a loud yelping.  I’d never heard Oscar make that sort of sound before – it was clear he was very frightened. It was obvious he was uncomfortable, but he was not really showing any significant signs of injury apart from a very minor stiffening of one of his rear legs.  My partner and I thought perhaps he’d strained his leg climbing the stairs.

It was around 3am in the morning and we debated long and hard about taking him to the emergency room.  As he didn’t seem to have any serious injuries we decided to wait until morning – a regrettable choice.

By the morning, Oscar’s whole rear end was weak and he couldn’t walk.

By the morning, Oscar’s whole rear end was weak and he couldn’t walk.  I immediately took him to the local vet, who couldn’t identify what was wrong with him.  As I observed his increasing slip into paralysis, I thought he may have had a tick.  With no evidence of ticks found, my thoughts turned next to some sort of ‘stroke’.  The vets continued to observe him and remained perplexed by his progressive decline.  By that afternoon, he was completely paralysed from the neck down. In utter despair and desperation, we sent him to a specialist where he had a cat scan to determine the cause.  The scan revealed little but the specialist concluded it was probably a cerebrovascular accident in the neck region – effectively a stroke.

After several days of no improvement and no guarantee that Oscar would recover, we were faced with the dreaded decision about whether to euthanise him.  While we seriously considered whether this would be the best thing for him, his robust and fighting spirit shone through his beautiful brown eyes.  We adopted a wait and see approach – a decision I am eternally grateful for.

After three weeks of round the clock care, enlisting the help of my wonderful mum to help us care for Oscar’s special needs, we were elated when Oscar showed signs of increasing movement and mobility. We regularly took him to his favourite park each day, which proved an effective motivation for him to take his first wobbly steps.  It was inspiring to see his fighting and determined spirit to simply enjoy the daily pleasure of sniffing the grass and trees.  His care included a radical change in diet (from mainly processed foods to homemade), physical therapy (water therapy), acupuncture and massage – not to mention enormous doses of love and cuddles.

His care included a radical change in diet, physical therapy, acupuncture and massage – not to mention enormous doses of love and cuddles.

After six months Oscar could walk and had generally mobility, with some residual weakness on his right side, which remained for the rest of his life. While I wish I had done more to try and prevent this happening to Oscar, it opened my eyes to so many aspects of dog wellbeing and I feel so privileged to have had this beautiful dog as one of the great four-legged teachers in my life. 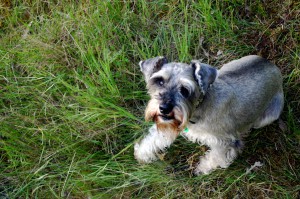 Oscar enjoyed excellent health for six more years, only slowing and declining in the last of his 16 years.  In July 2013, we said goodbye to our  spirited little man.  But since his passing I’ve continued to learn more about what may have led to his condition to help others avoid some of the mistakes I may have made.  But just as importantly, it is an experience that demonstrates how conventional and complementary therapies can be combined to heal and achieve lasting health for our dogs.